ATLANTA, June 2, 2022 /PRNewswire/ -- Cox Communications has committed more than $400 million dollars over the next three years to bring symmetrical gigabit broadband connectivity to more than 100K unserved and underserved households in communities across the country. In a recent joint event, Cox announced a partnership with the City of Tahlequah, Ok. that will bring fiber service to more than 6,000 underserved homes. The company also announced a $20,000 donation from the James M. Cox Foundation to the Boys and Girls Club of Tahlequah to fund a Cox Innovation Lab, which will provide new and innovative technology and support to help bridge the digital divide in the community. 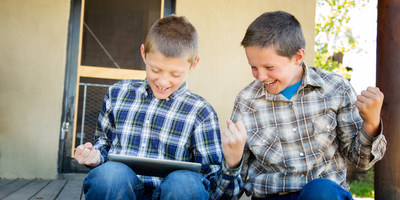 Similar to Tahlequah, several other projects are underway in Oklahoma, Nebraska, Kansas, Florida, Louisiana, California, Virginia and Arizona. Residents in expansion areas can visit www.cox.com/getfiber to learn more about the service offerings available and to sign up for service availability updates.

"Today's families are even more reliant upon fast internet speeds to power their increasingly digital lives but many still lack access to a fast and reliable connection," said Cox Communications President Mark Greatrex. "As part of our ongoing commitment to digital equity, we're making private investments, continuing to pursue partnership opportunities, and positively impacting the lives of those in underserved areas by providing high-speed broadband service."

In addition to these privately-funded expansion projects, there are several other projects on the horizon thanks to public-private partnership investment; areas like Yavapai County in Arizona where Cox was recently awarded American Rescue Plan funds from the county. These funds, combined with private investments from Cox, will allow for the expansion of more than 100 miles of Cox broadband network to reach more than 3,000 underserved residents in Congress and Black Canyon City.

This effort is part of a broader multibillion-dollar annual infrastructure investment over the next several years to deliver a 10 gigabit-capable, fiber-based network that will power the next generation of internet users. Breakthrough enhancements to cable's broadband DOCSIS 4.0 technology combined with expanded fiber to the home will enable the delivery of multi-gigabit symmetrical speeds in the coming years to both residential and business customers to support a growing host of high bandwidth applications.

Cox Communications is committed to creating meaningful moments of human connection through technology. The largest private broadband company in America, we proudly serve nearly seven million homes and businesses across 18 states. We're dedicated to empowering others to build a better future and celebrate diverse products, people, suppliers, communities and the characteristics that make each one unique. Cox Communications is the largest division of Cox Enterprises, a family-owned business founded in 1898 by Governor James M. Cox.