As schools struggle to return to normal, many extracurriculars and "nonessential" activities have been sidelined, leaving kids without a vital outlet for creativity and peer connection. According to a survey conducted by the Educational Theatre Association, 85% of schools cancelled performances in 2020 because of the COVID-19 pandemic.

"Like many institutions, Thurman White Academy of the Performing Arts is working to make extracurriculars happen for their students despite social distancing," said Mark Greatrex, executive vice president, chief marketing and sales officer for Cox Communications. "Hearing their story, we wanted to do our part to help. Hopefully, this will ignite the imaginations of students across the country."

Using technology and expert resources, Cox is helping Thurman White drama students ensure their show goes on. Instead of a typical school play, these students are using technology to voice and puppeteer their own characters in an animated short, from the safety of their own homes.

For Cox, "Drawn Closer" is the latest effort that represents another step in an ongoing commitment to deliver human connection where it's needed most and a demonstration of the power of technology to bring people closer.

Students will be fully hands-on throughout the process, even stepping into a virtual booth to record their lines, while being directed by director Patrick Osborne over Zoom. Facial capture technology is used to record each of the students' performances and expressions to make their characters in the animated film as true to life as possible.  To top off the experience, the animated short will debut in a Hollywood-inspired virtual premier party where students will walk the virtual red carpet and celebrate with their fellow students and families.

"We are grateful to Cox for recognizing you can't dim the lights on creativity and passion," said Candy Wilder, drama teacher at Thurman White Academy of the Performing Arts. "Cox has provided our students with a once in a lifetime opportunity."

"Working with these kids was easily the best part of the project. They were endless wells of enthusiasm and natural performers. Each student brought a unique sensibility to the characters that elevated the story to a hugely entertaining and emotional plane." - said Nexus Studios' Director, Patrick Osborne.

This film was produced by Cox, in collaboration with ad agency 180LA and Nexus Studios to inspire all of us to stay connected and show the power technology has to bring us closer to one another during difficult times.

The animated short Drawn Closer will premiere on Mother's Day – Sunday, May 9 on YurView, the local origination television network managed by Cox Communications. Visit www.yurview.com for a complete broadcast schedule for YurView's nationwide markets to watch and cheer on the superstars from Thurman White Academy of the Performing Arts. Watch the "Making of" film here.

About Cox Communications
Cox Communications is committed to creating meaningful moments of human connection through broadband applications and services. The largest private telecom company in America, we proudly serve six million homes and businesses across 18 states. We're dedicated to empowering others to build a better future and celebrate diverse products, people, suppliers, communities and the characteristics that makes each one unique. Cox Communications is the largest division of Cox Enterprises, a family-owned business founded in 1898 by Governor James M. Cox.

About Nexus Studios
Nexus Studios is a world-leading film and creative technology studio with animation and storytelling at its core. With studios in London, LA and Sydney, they partner with like-minded advertisers, brands and broadcasters from concept to delivery, crafting meaningful, heartfelt stories that positively add to the cultural conversation. Their prolific output includes Oscar nominated and BAFTA winning films, Cannes Grand Prix winning commercials and EMMY nominated AR & VR experiences. Working seamlessly across the entertainment and branded content space, partners include Netflix, Disney, BBC and Sony as well as major brands including Google, Apple, Headspace and Facebook.

The Clark County School District (CCSD) is the number one choice for families and students. We educate 310,000 students – offering a variety of nationally recognized programs, including Magnet Schools, Career and Technical Academies, and Advanced Placement programs. Through these programs – plus our online secondary school and our open enrollment offerings – we offer the best choices to meet individual student needs. CCSD educates 75 percent of the students in Nevada and works closely with community partners and business leaders to educate the workers needed to strengthen our economy. 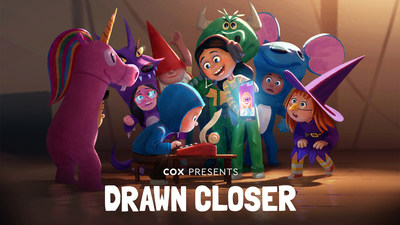 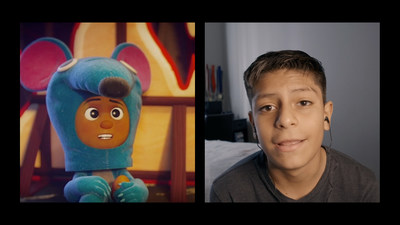